Have you had the conversation about guns with your kids’ friends’ parents?

It’s super awkward, I know. I know because I have it all the time, and it doesn’t really get less awkward. Here is how it’s supposed to go:

Me: Before Lamb comes over, I want to make sure that we’re on the same page regarding safety. Our family doesn’t own any guns, but we know many families do. We hope that they will follow the NRA’s guidelines that guns and ammunition should be locked separately. Do you have guns, and, if you do, are they secured this way?

Other Parent: Of course! We do own guns, but we always store them fully unloaded and locked separately from ammunition. Gun safety is important to us, so I’m glad you asked. Would you like to see how the guns are secured so that you feel better about her coming to play?

In reality, it has one like this when I speak to a parent who owns a gun:

Me: Lamb isn’t allowed to go to houses where there are guns that aren’t locked up like the NRA suggests–guns and ammo locked separately.

[Both children give me a pleading look. Husband tries to intervene to explain that I’m less judgmental than I sound. I shut them up by repeating the question with a bright smile: “Do you have guns that aren’t locked up?”]

Other Parent: Well, uh, we do have guns. But we keep them in a room where the kids aren’t allowed to go.

Me: Are they unloaded and locked separately from their ammunition?

Other Parent: Well, no, but we could lock the bedroom door while Lamb is here.

Me: But you can’t lock the ammunition separately from the weapons?

Other Parent: Well, my spouse is a [police officer, veteran, avid hunter], so…

Me: We appreciate the invitation, but Lamb won’t be able to play here, then. But we are happy to meet up sometime at the park, or little Kitty can always come over to our house.

According to research by Everytown for Gun Safety, 70% of accidental shootings could be prevented simply by locking up a gun.

But we do host kids a lot. We use our invitations to normalize this conversation. So they go like this:

Would Shark like to come over to play with Bananas one day this weekend? We’d love to host either Saturday or Sunday, any time. A few things to know at our house: 1) We have a small, nonshedding dog. If Shark doesn’t like dogs, we’re happy to kennel him. 2) I will be home the whole time, and we won’t have any adults or teens other than me, my husband, and Banana’s older brother. Whenever Shark is in our house, we won’t have any other kids in the house without your permission. 3) We keep all our medications in a lock box and don’t maintain a liquor cabinet. and 4) We don’t have any guns of any kind, and if Bananas is invited to your home, we would ask that if you do own guns, you empty them completely, including the chamber, and lock the weapons and the ammunition separately, as the NRA suggests. If you don’t have a lock box for the gun and ammunition, we may be able to provide one during their visit, though we don’t have a safe for long guns.

It is easier to do in writing or text than in person, though it can be harder to tell if the person is lying. And I’ve found that by embedding the gun issue into a list of safety concerns and offering it up first helps people feel like this is a standard procedure, not an accusation about their parenting.

So what I’m saying is:

And, eventually, it works.

We had a scary gun experience this summer. A boy in Mr. Prickle’s social group pulled an air pistol (which looks like a real gun and was forbidden in this context–but not locked up by his parents) out of his backpack on a campout. Mr. Prickles did not tell an adult (And this is after a lifetime of continual gun safety lectures, plus that A+ in hunter’s safety!) until days later.

But we eventually nailed it. He developed a new friendship this fall. He asked recently to go to the child’s house. Here is how our conversation went:

Mr. Prickles: Can I go to Alligator’s house after school today to do homework and hang out?
Me: Do his—
Mr. P: Nope.
Me: Did you ask him or his–
Mr. P: Asked his mother. She’s a single mom and the only adult who lives there. He’s got two younger brothers and no older siblings who might have gun.
Me: And you asked—
Mr. P: I asked HER, not Alligator.
Me: And did she say, “Oh, the guns are out of reach or—”
Mr. P: She said, “We don’t have any guns in this house, and we do not have visitors who would bring guns into this house.” And, yes, I made sure she said these words out loud, not just nodded to me.

So–keep it up! The life you save will be your child’s.

You’ll find regular advice posts in which several of us answer your questions, reviews of our favorite books and movies and games, holiday celebration reflections, our favorite recipes (and not-recipes), and more. Submit your questions and ideas to us, please! 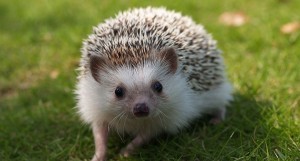 7. Super smart, funny, kind, generous, a little lover and and a great climber. Uno shark and Pokémon aficiando. He’s adventurous in every way!