Today’s children’s time walks through the parable of the fig tree as practice for reading parables. Parables invite us to ask questions and have discussions, not rush to quick conclusions. Reading them slowly and carefully helps us understand them literally, which is the first step in understanding why Jesus told them.

What questions does this parable raise for you?

Lent is a time to remember Jesus’ sojourn in the desert. What was it like? This short children’s teaching shares a bit about it, including the animals who live there.

A picture book for young readers, a chapter book for middle grade children, and a graphic memoir/historical fiction in celebration of Black History Month

Celebrate the Presentation of Jesus at the Temple by examining icons of Jesus as a baby and an infant and other “holy families” in the iconography of artist Kelly Latimore. Learn more about his artwork and order some prints of your own at his website.

Start at minute 4:03 to begin at the children’s time.

Last year, I got to share a little bit about epiphany around the world during our children’s time. This year, Epiphany is on Thursday, January 6. If you’d like a starting point to talk about Epiphany traditions, check it at at 6:30.

Have you ever visited a baby and their family? What presents did you bring? What do the presents that the magi bring Jesus tell us about them and about Jesus?

Christmas was last week–but it’s also every day until January 6! Here is how some people we love have been celebrating it!

Our church invites people to submit reflections/activities/encouraging words to be shared via email during Advent. Each of us wrote one, and I think you can hear our voices very clearly in them.
From me:
Mary Elizabeth Coleridge was a British novelist and essayist who wrote in the late 19th and early 20th century, but she is best remembered now for her poetry. Her work often has a mystical element to it, like in this simple, short poem about Christmas with a shocking last line that reminds me of the Magnificat’s promise:

“I Saw a Stable”
I saw a stable, low and very bare,
A little child in a manger.
The oxen knew Him, had Him in their care,
To men He was a stranger.
The safety of the world was lying there,
And the world’s danger.

Much of Coleridge’s poetry has been set to music, including this poem. You can listen to it here:

From the youngest:
I like a sketch comedy show called Studio C. It’s a good fit for kids but my whole family likes it. They made a Christmas Compilation. It’s an hour long, but you can watch just one skit when you need a little laugh.

From the middle child:

Ever since I was little, my favorite holiday has been Christmas. I’m simply enamored by the sparkling lights and the excitement in the atmosphere. But I struggle with the arrival of the holiday. For me, the buildup is almost better than the actual day! Because when the day comes, I’m struck by the fact that I must wait another year for the excitement and cheer of waiting. The gifts are not my favorite part. It’s the sense of togetherness I gain from being excited for something with other people! I guess that makes Advent my favorite time of year, even more than Christmas!

And from the oldest:

A favorite part of this holiday, for me, is its fascinating cultural history. From its early beginnings as a way to absorb and de-paganize solstice festivals to Charles Dickens nearly single-handedly bringing it back into vogue, Christmas has had its ups and downs.

To me, the most humorous part of Christmas’s long history is Oliver Cromwell’s–Lord Protector, commander of the New Model Army, and all around most puritan of Puritans–War on Christmas. Now, it technically is a little facetious to say that Oliver Cromwell banned Christmas. What actually happened was that the extremely Protestant Roundhead faction (and I mean Protestant in the “Witchfinder General”/“Popish plot” kind of way) beat the monarchists in the English Civil War. Suddenly, real, classic Puritanism in its most fun-hating form takes control of the country, and Cromwell, their leader, appoints himself dictator and begins a war with Ireland that basically amounts to an attempted genocide, executes the king, and crushes a Scottish rebellion, but more important for our story, he implements a series of extremely harsh restrictions on celebrations and veneration of saints. Basically, he sees the myriad celebrations and feasting held in honor of saints, the largest among them being Christmas, and he, because most of England was seeing Catholics in the shadows and Frenchmen in the walls, declared the holiday to be “pagan” and “popish.” He banned reverie and celebration, passing an ordinance that people should treat December generally and Christmas in particular “with the more solemn humiliation because it may call to remembrance our sins, and the sins of our forefathers, who have turned this feast, pretending the memory of Christ, into an extreme forgetfulness of him, by giving liberty to carnal and sensual delights.” (You do celebrate Christmas this way, right?) This deeply angered the public, triggering a weeks-long period of pro-Christmas rioting/general merriment that Cromwell was unable to control. Eventually, Cromwell would go on to die, have his body be dug up, hanged at Tyburn, and then beheaded, his decapitated head eventually stuck on a stake in front of Westminster Hall, a harsh punishment even for this true enemy of Christmas.

All in all, an anecdote in the history that reminds us that this wondrous season hasn’t always been Coke polar bears and mall Santas. It combines a few of my favorite historical topics: weird Puritans, anti-governmental rioting, and of course, Christmas!

This children’s time teaching shares information about childbirth in first century Palestine. Learn about what Mary might have experienced, how she was supported, and how baby Jesus was cared for when he was just born.

Jesus probably wasn’t born in a barn, far away from his family. So why is that part of our Christmas story? Find out more in this children’s teaching. 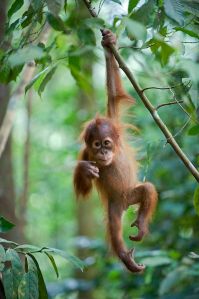